For example, distillation can be used to separate a mixture of ethanol and water. Water's boiling point is 100 degrees and ethanol's is 78 degrees so, during distillation, the ethanol will boil off first, leaving the water in the round bottomed flask (as long as the temperature does not exceed 100 degrees). It is also used to separate crude oil, as the different fractions have different boiling points. 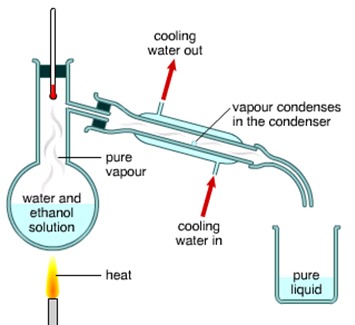